Even Easier Scanning into Evernote

In my last post I showed a easy way to get images from Image Capture into Evernote.  While that worked great it had one problem:  Image Captured tends to 'forget' the selected application and you need to go find it again.

Fortunately there is an even easier way to integrate Evernote into Image Capture using Automator to create a 'real' Image Capture plugin. (and finally, I get to use Automator for something real!) 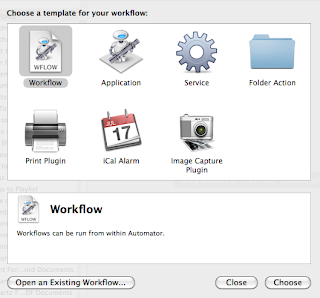 Then add a single item to the flow -- Run Applescript with the following applescript. 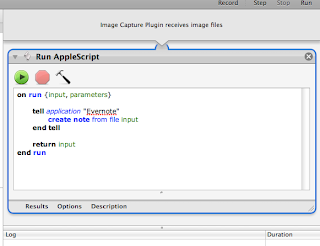 Save it to to the default location and call it something like 'Evernote' and Voila, it shows up in Image capture as a first class citizen (and will never disappear).  Note that this is for Snow Leopard (10.6) - I don't know how if or how this trick will work on earlier version of OS X.